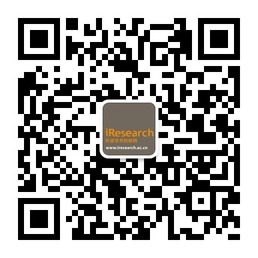 The major thrust of the study was to explore the relationships between what a group of Algerian learners claimed to have learned from lessons and the interactive work in which, together with their Algerian teacher, they have participated. This opportunity is taken to examine, in the light of our data, some variables, claimed by classroom centered and second language acquisition studies to be, in some strong sense, relevant to second language development. These variables are: the impact of frequency of language use, the effect of the use of conversational adjustments (CAs) in the discourse, and the role of participation in the classroom. The analysis of the learners' responses has led also to the examination of the importance of the participants' topicalisation. Besides the investigation of the claims, the data was used to test the limits of direct classroom observation to provide answers as to how second language learning develops in the classroom. Two types of data were necessary for the investigation of the issue: Learners' specific claims collected through questionnaires, and detailed accounts of the learning opportunities obtained through systematic observation of 11 hours of audio- recorded naturally occurring classroom data. The latter set was supplemented with field notes taken by the observer and author of this study. The numerical information obtained through the analysis of the data was used in combination with a qualitative analysis of the classroom interaction to derive the following suggestive findings. The relationship between interaction and uptake was seen, in this study, to be far more complicated and indirect than the claims made by others in the field might have led us to believe. Frequency of the ttl teacher's use of language presented a rather low correlation with the students' learning outcomes. The use of CAs did not show an overall significant correlation with the learners' claims. Most of the coding schemes used to quantify learner input generation failed to show a correlation between interaction and progress. A weak correlation appeared between interaction and achievement. The examination of the theme of topicalisation has shown the learners, as discourse initiators, to be more influential than the teacher on what gets claimed to be learned in this specific instructional setting.